“Better is a little with righteousness, than great revenues with injustice.” Proverbs 16:8

Many of you will have seen my stall in the entrance hall over the last few years, and so I am grateful to Christine [Moyes] for suggesting that I use this space to tell you a bit more about the stall.

All my produce comes from Traidcraft which was established in 1979 at a time when there was no such thing as the Fairtrade mark we are all familiar with today. Today they work with producers in over 30 countries, with many of whom they have developed a longstanding relationship.

From the start Traidcraft represented a Christian response to the injustices that we see in the world. Central to its ability to continue is the network of over 4,000 fair traders who run stalls in churches up and down the country.

Personally I have been a fair trader since 2002 and I work closely with St John’s Moordown, Winton URC, and the Cherry Tree Nursery, in addition to my stalls here at St Saviour’s. Each fair trader organises themselves as they want to, but my model is to try to pass on a bit of my discount to the customers, and at the end of each year donate all my profits to Traidcraft Exchange, a charity that provides extra support to the producers that Traidcraft works with. The whole idea is to make the producers more independent, and there have been some great success stories, such as when Swajan crafts in Bangladesh won a contract to supply their cards to Marks and Spencer.

This year Traidcraft is celebrating its 40th year of pioneering fair trade in the UK, but it is against a very difficult economic situation that has meant cutting back on some of the crafts and concentrating on their core foodstuff produce. I do hope that you will come and take a look at (or even buy!) the produce, and browse the catalogue which has a lot more information about Traidcraft and the producers they work with.

Thank you so much to Andy, Christine, and all of you for supporting this effort to make the world a fairer place.

From Sunday 5 September we will be starting a new sermon series as we begin our  journey through Mark’s Gospel. Our … END_OF_DOCUMENT_TOKEN_TO_BE_REPLACED 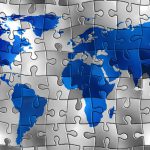